With the recent rash of “true believers” who insist on inflicting their beliefs on others by killing people who don’t agree with them, I came across an interesting quote from Paul Tillich: “The opposite of faith is not doubt but certainty.”


This reinforced the observation I’ve had that truly spiritual people don’t have all the answers. They are seekers, looking for the answers. Doubt exists is all aspects of the human psyche. Science continues to find more answers, but in so doing, poses even more questions. Inquiring minds continue to ask questions and search for answers.


Unfortunately, some people on the extremes lock into an answer, no longer question and inquire, and insist on pushing their “answers” down other people’s throats.


My rant for the day.
Posted by Mike Befeler, author of geezer-lit and paranormal mysteries at 5:00 AM No comments:

Yesterday, my ninth novel, Mystery of the Dinner Playhouse, was published by Five Star, an imprint of Gale/Cengage Learning. When I started writing in 2001 at the age of 56, I didn’t know if I’d ever publish a novel. In fact, for a while I didn’t know if I’d ever publish a short story. On my 112th submission, I sold my first short story, titled Never Trust a Poison Dart Frog, and it appeared in the anthology, Who Died in Here?, a collection of short stories that had a death or a murder taking place in the bathroom.
In 2005 I pitched an idea of a completed novel manuscript to Deni Dietz of Five Star at the Rocky Mountain Fiction Writers Conference. The rest is history. This novel, Retirement Homes Are Murder, was published in January, 2007. I’ve been fortunate to have five more books in the Paul Jacobson Geezer-lit Mystery Series published by Five Star, as well as two standalone paranormal mysteries released through small presses.


Mystery of the Dinner Playhouse is the first of a new type of mystery for me with a whole new cast of characters. The protagonist, Gabe Tremont, is a recently retired police detective who is talked into going to a mystery playhouse by his wife. When a real murder takes place, Gabe is recruited to return to handle this case since the police force is shorthanded. In addition to a theater setting, the novel also deals with the subject of hoarding.


Stay tuned for my first historical mystery, which will be published in September. 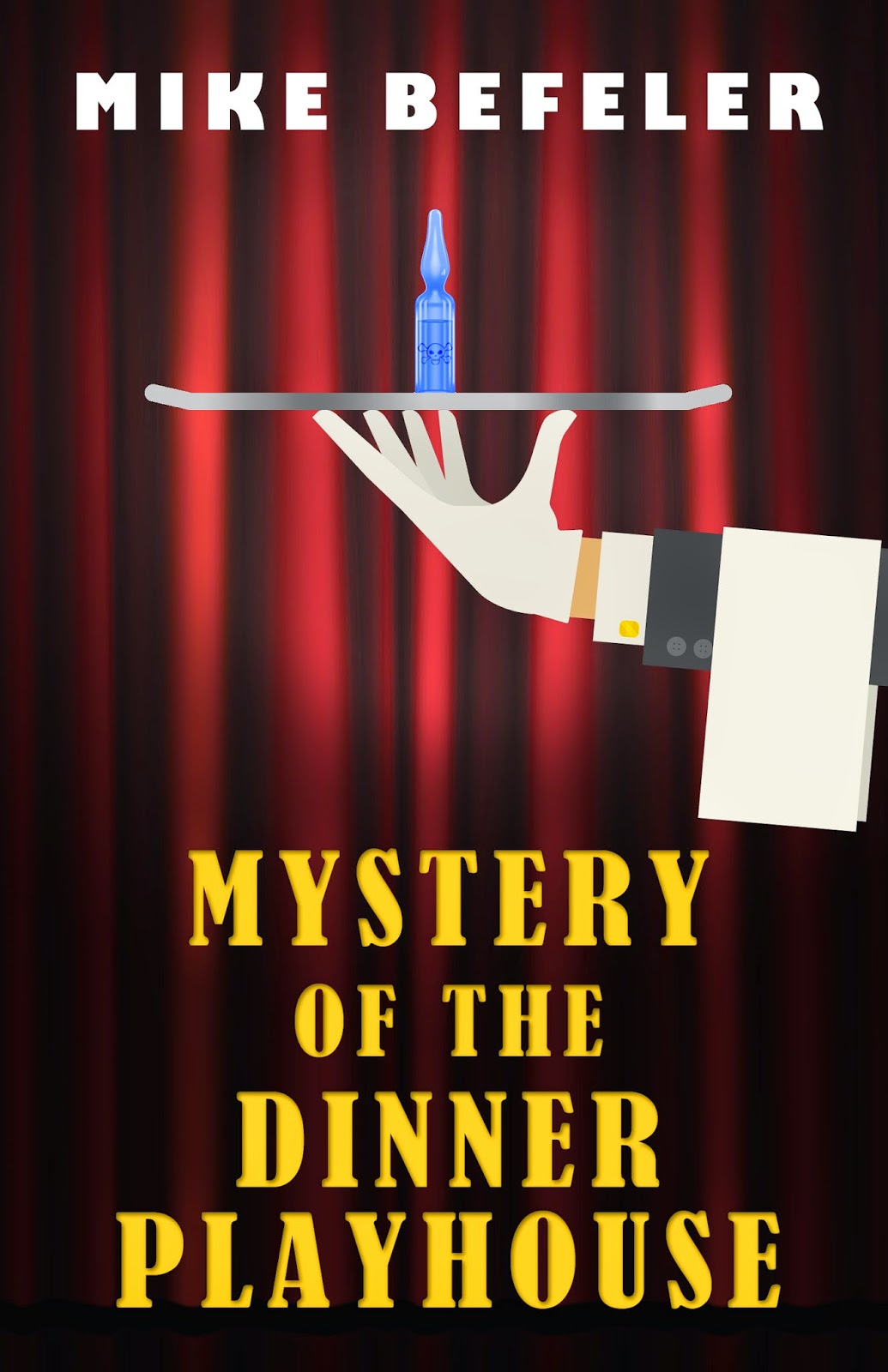 The Voice of Moderation

In today’s world, the extremists are loud and visible. They represent the dogmatic views of people who have all the answers and often try to cram those answers down someone else’s throat. By contrast, moderates tend to listen, analyze the different viewpoints and look for common ground. The problem is that this quieter approach often leads to being overshadowed by the voices and actions of the extremes.


The rally recently in Paris was encouraging in that moderate voices from a variety of religions took a stand for the spiritual base of their faiths rather than supporting those who usurp a faith through extremism.


Instead of killing people who have different views, we need to find ways to encourage more dialogue. It’s unfortunate that throughout history the dogmatic extremes of religions have sought to eliminate those who disagree.
Posted by Mike Befeler, author of geezer-lit and paranormal mysteries at 5:00 AM No comments:

I have a book to recommend—Contrition by Maura Weiler. I first read an early draft of this manuscript in 2002 when Marua and I were in a critique group. I recently read an advanced copy for the book, which will be published in April by Simon and Schuster.


This is a story of two twin sisters who are reunited as adults. One is a nun and the other is a journalist who becomes interested in the nun’s phenomenal paintings. Both sisters’ lives change as a result. The book explores spirituality, creativity, relationships in a way that keeps the reader transfixed. I highly recommend Contrition.
Posted by Mike Befeler, author of geezer-lit and paranormal mysteries at 5:00 AM No comments:

Once again we have launched ourselves into a new year with all its promise and the unexpected adventures awaiting us. This is also a good time to give thanks for all the good things that have happened over the last year.
Here’s wishing you and your family happiness for the year ahead.
Posted by Mike Befeler, author of geezer-lit and paranormal mysteries at 5:00 AM No comments: